Yoga Will Change You 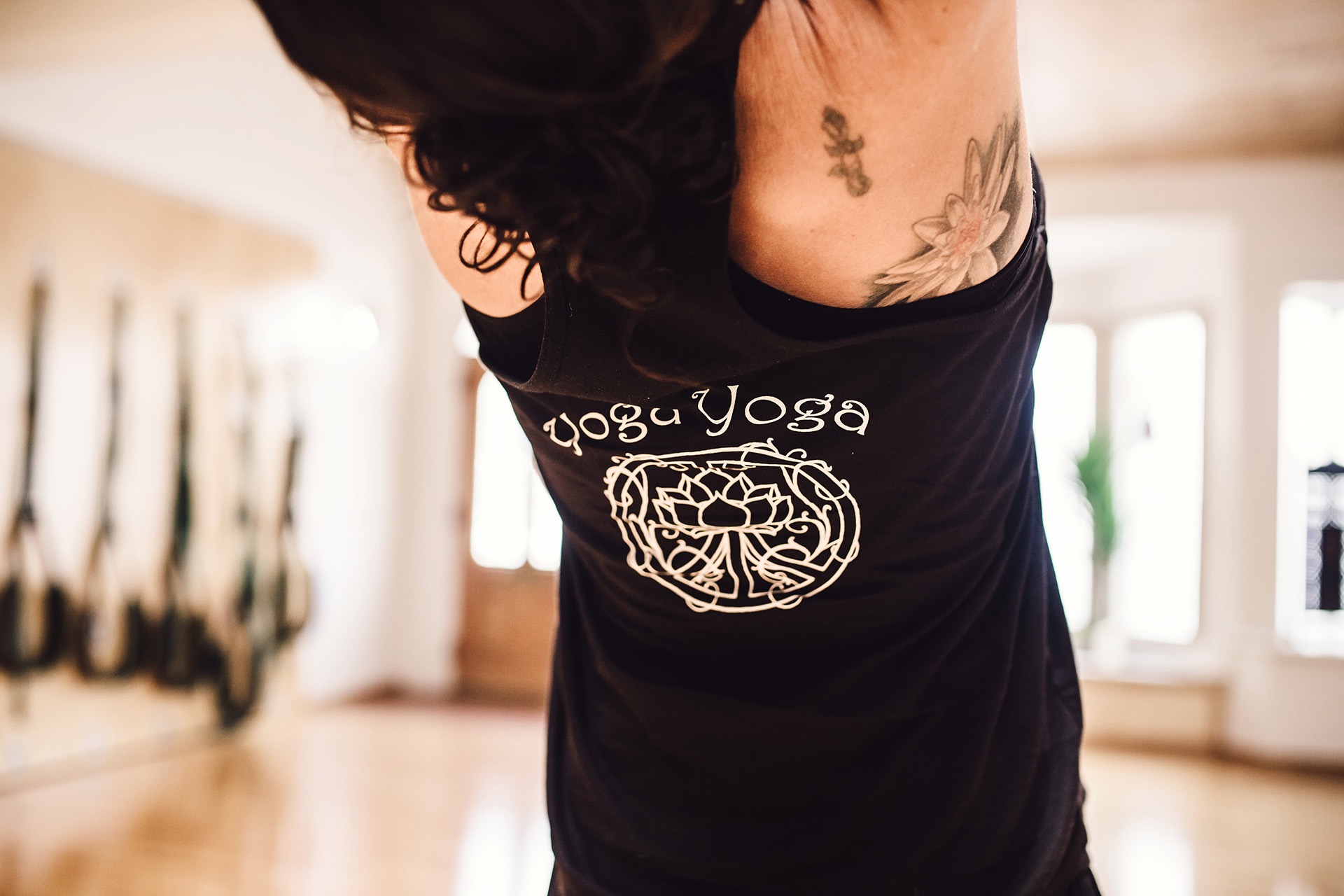 Yoga teacher John Schumacher was convinced yoga provides a complete fitness regime with daily asanas and pranayama. Schumacher, at age 52, decided to prove his point. He signed up for physiological testing at a lab in Gaithersburg, Maryland. As he expected, Schumacher tested near the top of his age group for a variety of fitness tests, including maximum heart and exercise recovery rates. His doctor told him that he was in excellent physical condition and estimated that Schumacher had less than a one percent chance of suffering a cardiac event. “I’ve always maintained that yoga provides more than adequate cardiovascular benefits,” says Schumacher. “Now I have the evidence that regular yoga practice at a certain level of intensity will provide you with what you need.”

Recent research—though preliminary—shows that yoga may also improve strength, aerobic capacity, and lung function. here’s evidence that yoga is all you need for a fit mind and body.

Muscular fitness. Without exercise, all of us lose muscle mass as we age, which can eventually result in weakness and loss of balance and coordination. Because muscle is such active tissue, it also plays an important role in regulating your metabolism, with every pound of muscle burning about 35 to 50 calories a day.

Flexibility. As most people age, their muscles shorten and their tendons, the tissue that connects muscles to bones, become stiffer. This reduces the range of motion, preventing optimum movement of your knees, shoulders, elbows, spine, and other joints. Loss of flexibility may also be associated with an increased risk of pain and injury.

Body composition. Your body composition refers to the percentage of your body made up of fat instead of muscles, bones, organs, and other nonfat tissues.

Experts have long recommended that we do at least three different types of activity to achieve optimum cardiorespiratory and muscular fitness, flexibility, and body composition. For example, the ACSM recommends building cardiorespiratory fitness by exercising at an intensity that raises your heart rate to at least 55 percent of your maximum heart rate (the highest rate you can maintain during all-out effort, generally estimated as 220 minus your age); muscular fitness by targeting each major muscle group with eight to 12 repetitions of weight-bearing exercise; and flexibility by stretching.

No one argues against yoga’s ability to satisfy the flexibility requirement. But until recently, few scientists had considered whether yoga could improve other aspects of fitness. Now that’s starting to change.

Putting Yoga to the Test

In one of the first studies done in the United States that examines the relationship between yoga and fitness, researchers at the University of California at Davis recently tested the muscular strength and endurance, flexibility, cardiorespiratory fitness, body composition, and lung function of 10 college students before and after eight weeks of yoga training. Each week, the students attended four sessions that included 10 minutes of pranayama, 15 minutes of warm-up exercises, 50 minutes of asanas, and 10 minutes of meditation.

After eight weeks, the students’ muscular strength had increased by as much as 31 percent, muscular endurance by 57 percent, flexibility by as much as 188 percent, and VO2max by 7 percent—a very respectable increase, given the brevity of the experiment. Study coauthor Ezra A. Amsterdam, M.D., suspects that VO2max might have increased more had the study lasted longer than eight weeks. In fact, the ACSM recommends that exercise research last a minimum of 15 to 20 weeks, because it usually takes that long to see VO2max improvements.

“It was very surprising that we saw these changes in VO2max in such a short time,” says Amsterdam, professor of internal medicine (cardiology) and director of the coronary care unit at the U. C. Davis Medical Center in Sacramento. He is now considering a longer, larger study to authenticate these results.

A related study done at Ball State University offers further evidence for yoga’s fitness benefits. This research looked at how 15 weeks of twice-weekly yoga classes affected the lung capacity of 287 college students. All of the students involved, including athletes, asthmatics, and smokers, significantly improved lung capacity by the end of the semester.

“The athletes were the ones who were the most surprised, because they thought their athletic training in swimming or football or basketball had already boosted their lung capacity to the maximum,” says study author Dee Ann Birkel, an emeritus professor at Ball State’s School of Physical Education.

Jack England, an 81-year-old yoga and stretching instructor at the Club Med in Port Saint Lucie, Florida, says more than 30 years of yoga have kept him flexible, healthy, and strong. He’s the same weight and height as he was in high school, and his stellar health continues to amaze his doctor. He delights audiences at Club Med by practicing Shoulder stand and other poses while balancing on a float board in a water ski show. “I’m an inspiration to people of all ages,” he says. “I do things that 14-year-old girls can’t do.”Stephanie Griffin, a 33-year-old director of business development for a pharmaceutical research company in San Francisco, discovered yoga after years of running marathons, spinning, and weight lifting. Before discovering yoga, she thought her intense exercise habits had turned her into a poster child for health and fitness. During the last four years, however, Griffin began doing more and more yoga and less and less running, weight lifting, and aerobicizing. As she dropped back on her hardcore fitness pursuits, she worried she might gain weight or lose her muscle tone or exercise capacity.

She didn’t. “I have maintained my fitness and even enhanced it through yoga,” says Griffin, who no longer has a gym membership. “And I like the way my body looks and feels now better than the way it did before.”

Why Yoga is the best tool

Exactly how does yoga build fitness? The answer you get depends on whom you ask. Robert Holly, Ph.D., a senior lecturer in the Department of Exercise Biology at U. C. Davis and one of the researchers on the U. C. Davis study, says that muscles respond to stretching by becoming larger and capable of extracting and using more oxygen more quickly. In other words, side benefits of flexibility include increased muscle strength and endurance.

Birkel, Dina Amsterdam, and others are also quick to point out that Suryanamaskar (Sun Salutations) and other continuously linked poses increase the heart rate, making yoga aerobically challenging. And many yoga poses—particularly standing poses, balancing poses, and inversions—build quite a bit of strength because they require sustained isometric contractions of many large and small muscles. Of course, holding the poses longer increases this training effect.

Finally, yoga tunes you into your body and helps you to better coordinate your actions. “When you bring your breath, your awareness, and your physical body into harmony, you allow your body to work at its maximum fitness capacity,” says Dina Amsterdam. “Yoga class is merely a laboratory for how to be in harmony with the body in every activity outside of yoga. This improved physical wellness and fluidity enhance not just the physical well-being but also permeate all levels of our being.”

Given all this evidence, can you now confidently tell your non-yogi friends they’re wrong when they insist that you should add other forms of exercise to your practice?

So if you want to become and stay physically and mentally fit, make sure your yoga practice includes a balance of poses that build strength, stamina, and flexibility, along with breath-work and meditation to help develop body awareness. In particular, include a series of standing poses in your practice. As your practice expands, Schumacher suggests adding more challenging asanas such as balancing poses and inversions. “If you are just doing 15 minutes of gentle yoga stretchesthree to four times a week, you will also need to do some other form of exercise to stay fit,” Schumacher readily admits. “I often tell my beginning students that they will need to do something in addition to yoga for a while until they can practice more vigorously.”

Holly agrees. If you practice yoga for less than an hour twice a week, he suggests you either pair your practice with moderate intensity exercise like walking, or increase your yoga time or frequency. “But the best form of exercise is whatever you enjoy most and will continue to do on a regular, almost daily, basis,” he says. “Should you do more than yoga if you don’t enjoy other activities? No. Yoga has a lot of benefits, so do yoga regularly and enjoy it.” Beyond fitness, yoga also offers many other gifts. It improves your health, reduces stress, improves sleep, and often acts like a powerful therapy to help heal relationships, improve your career, and boost your overall outlook on life. All these positives are enough to keep former exercise junkie Stephanie Griffin hooked on yoga for life. Griffin had worried that, unlike her other fitness pursuits, yoga wouldn’t give her the emotional satisfaction of aiming for and meeting goals. Soon, however, she realized that yoga offered her a path to constant improvement. “One day it hit me: I realized that my goal was to be practicing yoga well into my 90s,” says Griffin. “For me, that is the new finish line. Practicing with that goal satisfies me more than any marathon.” By Alisa Bauman